The Ultimate Cancer Cure and Prevention – Make it Yourself

May the luck of the Irish be with you! You can be more than just lucky when it comes to cancer prevention. Our story below is a must read to find out how. 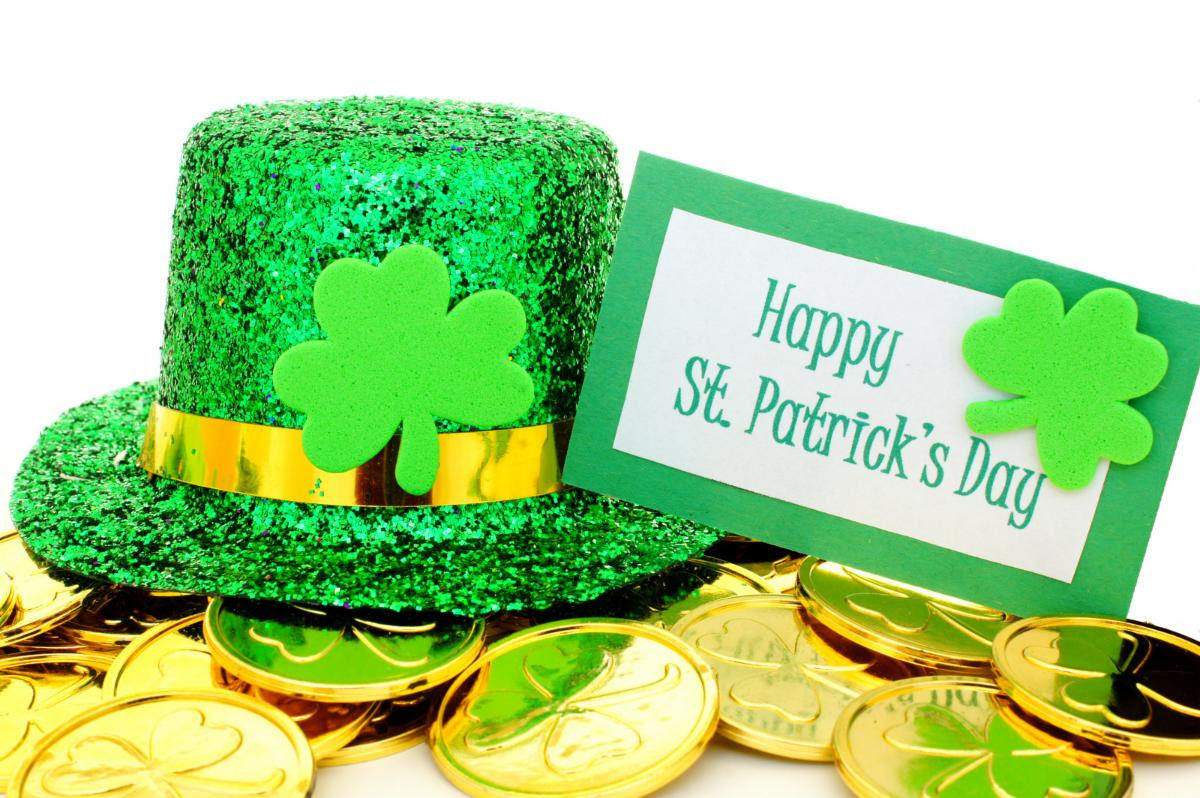 I want to share with you what my staff and I have learned to maximize your health and wellness and to keep you up-to-date on the happenings at OrthoWell. So read on and let’s keep you on track.

A CURE for CANCER?

I previously did a post on cancer cures after I read a book called Outsmart Your Cancer. You can read the post HERE. For this month’s newsletter, I wanted to highlight a patient of mine who has an incredible story to tell. A story that may empower you to take charge and do all that you can do to prevent cancer – for you or for a loved one. Read on…

My introduction to Essiac Tea began almost 20 years ago. At that time, my fiancée (who owns a restaurant and is in the public eye) ran across Mr. Smith in his restaurant. “Mr. Smith!”, he exclaimed, “So great to see you again, sir! I heard you had cancer, and not having seen you for so many months…well, I feared the worst.” Mr. Smith replied with wry smile,”well son, I am 89 and I know I will die eventually of this cancer…but I’m here now!”. He went on to explain that his doctor had diagnosed him with stage 4 liver cancer and sent him home to put his life in order; expecting him to live only 6 months. He wanted to spend as much time as possible at home, so he hired a nurse to care for him. This nurse came with a tea called “Essiac Tea” that she brewed herself at his home and administered to him 3 times a day – which he credited for extending his life by years instead of months as the doctors had told him. “I just wish I had known of this sooner”, he sighed as he finished his story. “This tea can help your body cure itself of many different diseases. Wouldn’t you like to PREVENT disease instead of treating it after the fact?”.

This story really hit home with my husband-to-be, as he thought of a few problems his doctor had found – bad prostate numbers and stomach ulcers from his time in the Navy. He asked me to look up the information that Mr. Smith had given him regarding the Essiac Tea, and I starting brewing it and using it within a few weeks. By the time we were married less than a year later, my husband’s stomach ulcers were gone entirely and his prostate numbers were back down in the low range! A miracle cure, or something to really think about??

My husband and I have faithfully taken the tea since that encounter with Mr. Smith, but jump forward 10 years and my story continues. My sister-in-law went through some hard medical situations, and as a result wanted to get away from prescription pills and try a more natural & organic lifestyle. She learned Reiki and opened a natural healing clinic in NH; it was a perfect fit to share with her my story of Essiac tea. She embraced it into their routine and starting brewing it for clients. She has many, many stories of the people who have benefited from Essiac tea, but none so dramatic as her best friend who was diagnosed with an inoperable brain cancer and was told she has less than 6 months to live. She loves to punctuate this story with “and we still have brunch every Sunday now 10 years later!!”

I have brewed tea for others as well over the years. My own success stories include breast cancer survivors, my own father-in-law with throat cancer who claims without the tea he’d be dead by now, people who have beat diabetes, many more prostate stories, high cholesterol numbers brought down, gall bladder stone issues, gout, sleep disorders, and truly the list goes on.

Essiac Tea consists of 4 herbs: the root of the burdock plant, Sheep Sorrel, inner bark of the Slippery Elm, and the roots of Turkey Rhubarb. Combined, these 4 herbs work together in a synergistic fashion to clean the body of toxins and impurities that significantly boosts your own immune system. Your immune system is the #1 defense against all diseases, including cancer – but when the body is compromised the cancer can gain a foothold. Not to mention all kinds of other diseases. So ask yourself the same question as Mr. Smith: wouldn’t you like to do something to PREVENT disease instead of treating it? You can! Brewing tea is not that hard; it just takes some time, commitment, and the right knowledge.

A great website for buying the bulk tea is www.herbalhealer.com. They only sell organic, grown in North America dried herbs. I also like the fact the herbs are separate and combined upon brewing. When the 4 herbs from some other sites are sold they are combined together already, some will settle to the bottom and the dosage will not be as exact as the formula from Herbal Healer. Just sharing from my own knowledge and experiences!!

A great website to start if looking for more information is www.essiacfacts.com. They can be found on Facebook as well. You can also contact us at info@orthowellpt.com and we can put you in direct contact with the author of this story who may be able to Brew for You.

Are you a runner? 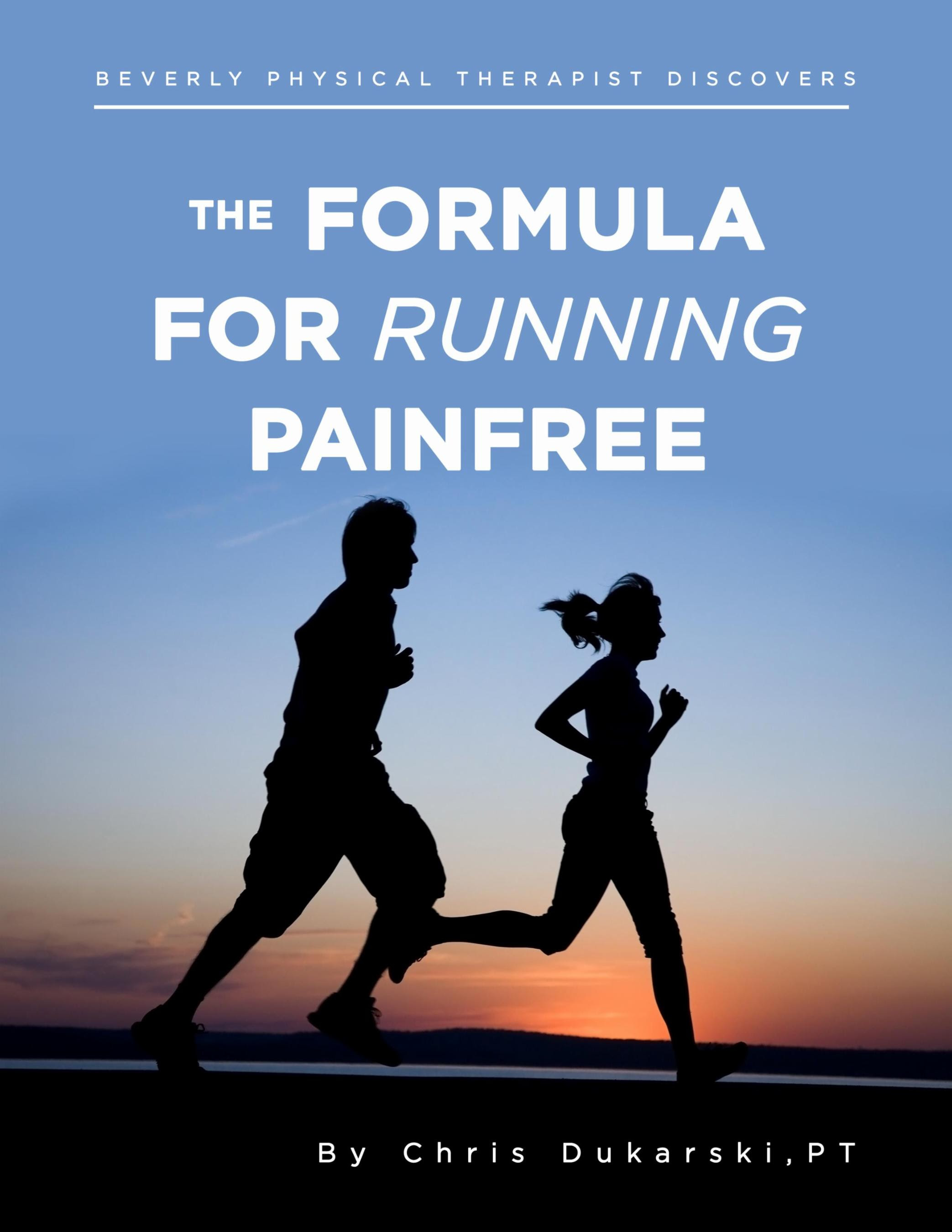 Check this out TODAY!

The more that I read about running, study running technique, and learn from my own mistakes, the more emboldened I’ve become as a runner. Who we consult to determine the proper path in accomplishing our goals can be THE determining factor in success or failure. It certainly was for me. Every running coach has a different level of experience. Every physical therapist has a different level of experience. It is up to you to become the educated consumer, the informed runner, and to advocate for your own health and wellness. What I would like to do is to share my “education”.

I have read the running literature extensively and wish to consolidate a wealth of information and reference as much as possible. I will present current thought and research behind the evolution of running, the evolution of running shoes, and the controversy and merits behind different running techniques. I will summarize the findings of my research by highlighting key points and strategies for unlocking your potential as a runner.

Prevent Your Pain from EVER coming back

this new option at OrthoWell

Our wellness maintenance program is for those of you who want  consistency of care after being discharged from physical therapy in order to prevent any reccurence of pain. We have three different plans the we offer that you can read about by clicking the link above. 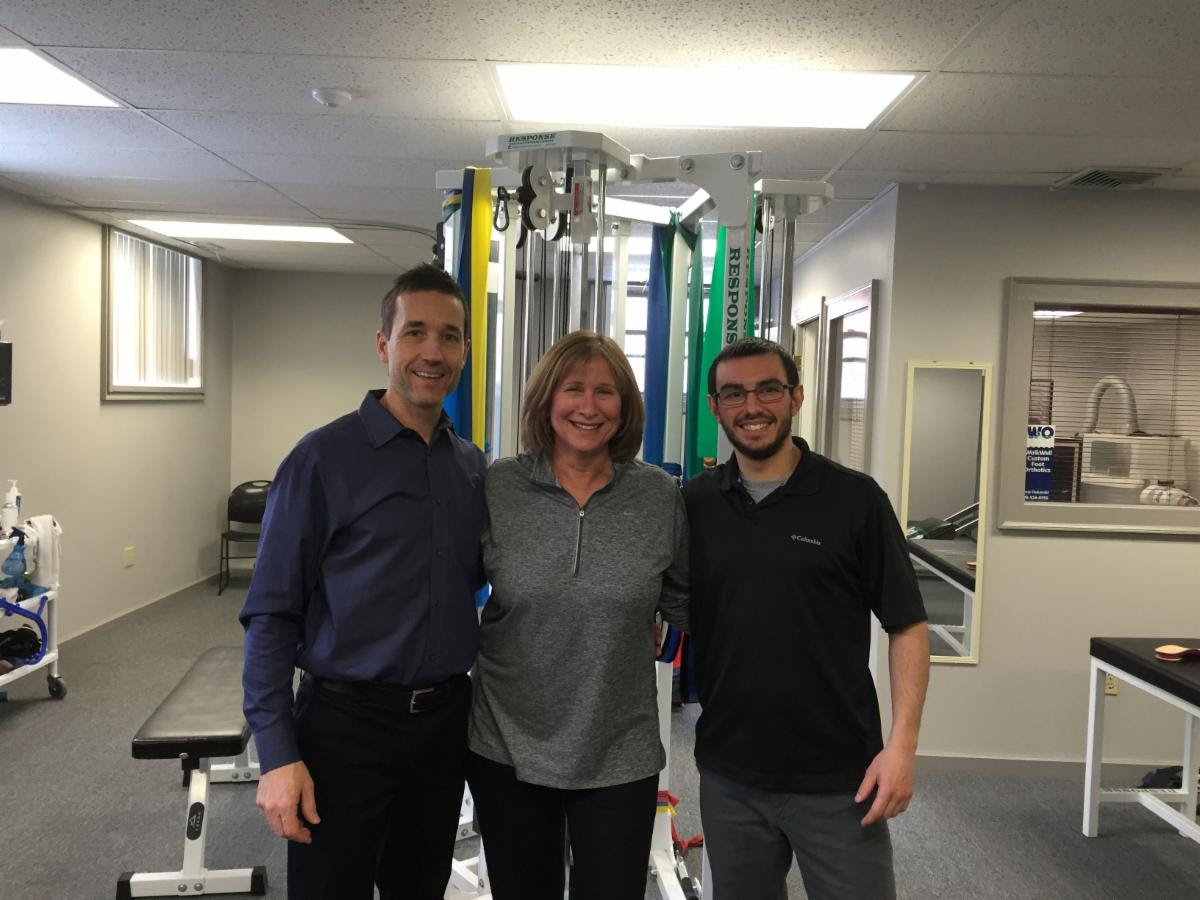 I came to OrthoWell with severe foot pain as well as knee pain from a running injury.  The staff was wonderful, so supportive and professional.  Within a few weeks my foot pain was 100% gone, with therapy and the use of orthotics.  My knee is so much better as well. I look forward to being able to start running again.  They gave me the tools and exercises to continue at home which has made a world of difference.  I feel great!

We have started a Wall of Fame at each of our clinics. We are proud of our patients and the success that they have had.  If you have previously provided us with a testimonial, we would love to take your picture with your therapist and hang it with your testimonial for display it in our clinic!  Seeing is believing! Here is NBPT so far….. 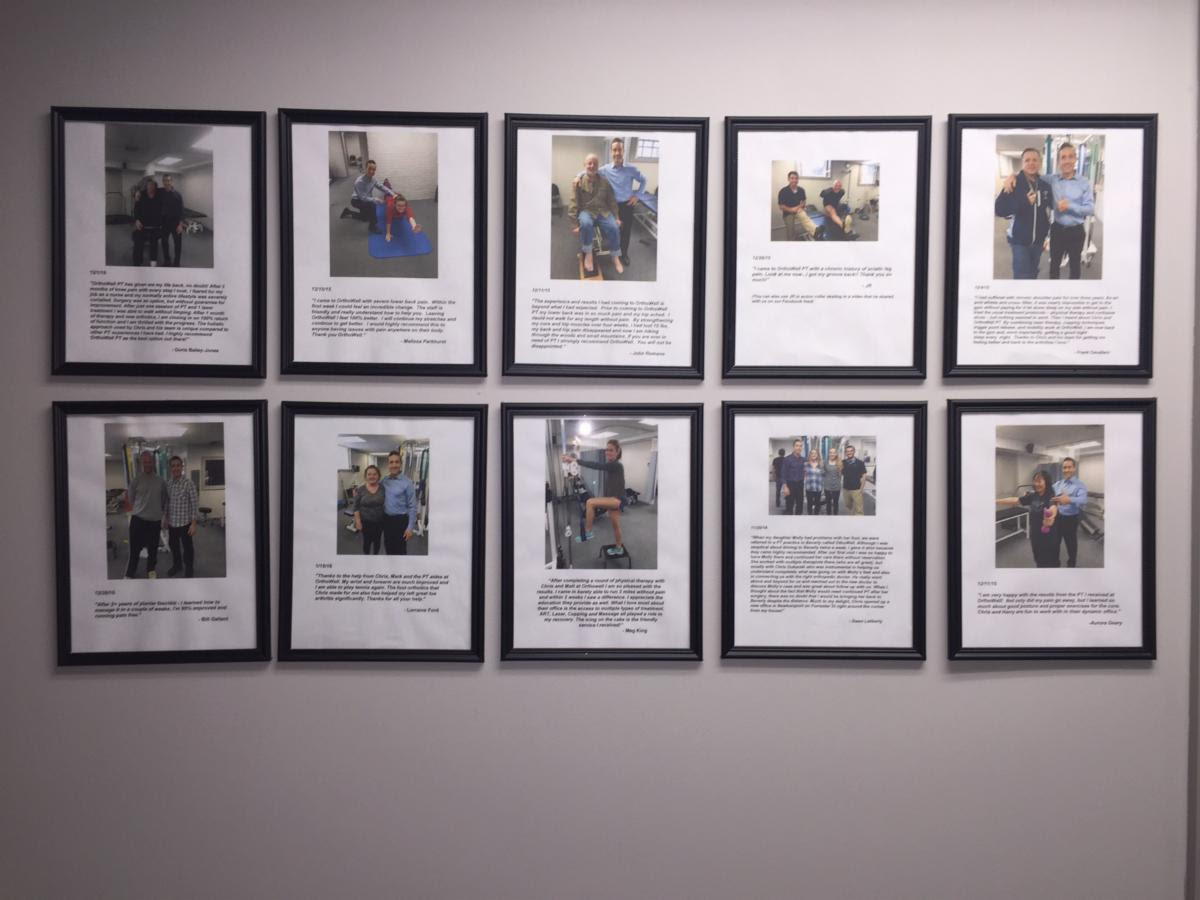 If you want to stay on top of the Best Strategies to stay pain-free, then provide your contact information below for our FREE monthly newsletter as well as Special Offers to improve your health

Everything we do is with your needs in mind.  We establish individualized treatment plans and provide attentive hands-on care.  We spend quality time showing you how to help yourself.  We empower you with the knowledge to take control of your health.